Go back to PawSwap >

"The more the merrier!" Vancouver dog owner encourages you to get a sibling for your pup.

What’s better than starting and ending your day with a dog? How about two dogs?

That’s what PawSwap member, Victoria, wants you to consider. And we couldn’t agree more.

“Having two dogs is honestly the best! They always keep each other entertained!” 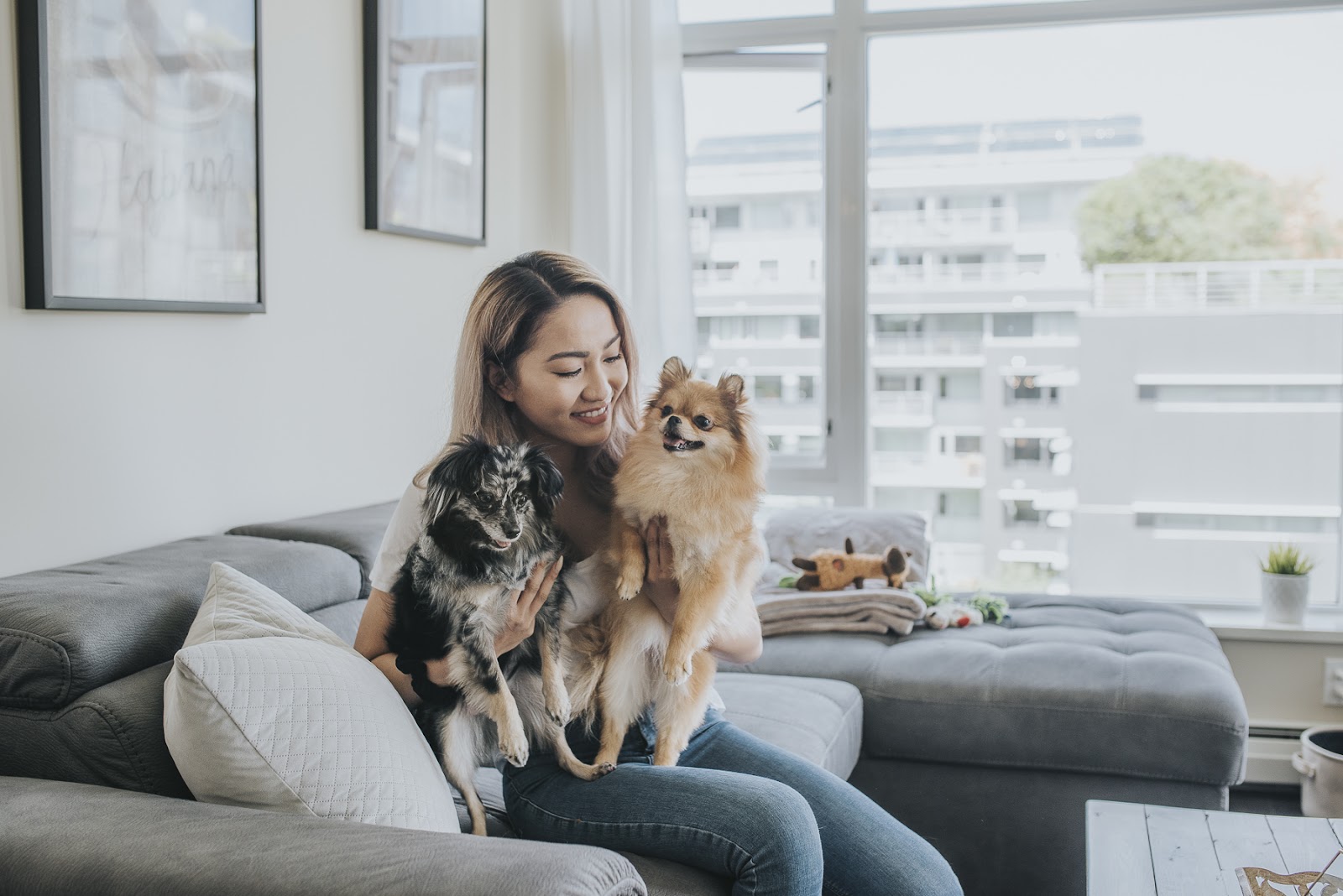 Dogs are pack animals. While humans are special friends to dogs, dogs also enjoy spending time with their own kind.

“Emmi would get bored when we left the house, which resulted in some undesirable behaviour. After Ash joined, our family has completely changed! Emmi is more relaxed and less destructive since she had someone to play with. And, of course, Ash loves having a big sis to follow around everywhere.”

“Emmi was the first one to join our family. She’s actually the very first dog I’ve ever owned. Growing up my parents were too keen on the idea of having pets in the house.”

“Ash joined our family about a year and a half after Emmi.”

“I got Emmi and Ash from the same breeder which helped a lot. Our breeder made it very easy and comfortable for us transitioning from one to two dogs.

Obviously, having two dogs isn’t for everyone. We know that the sound of it can be daunting for some, especially in a city like Vancouver, which is notorious for its lack of pet-friendly housing.

But if your schedule allows it and you find yourself fortunate enough to live in a pet-friendly building, then two pets can be beneficial to you and your dog. Plus, with apps like ours, finding pet-sitters for two pups is easy!

“If it doesn’t strain you financially, then I’d encourage any pet owners to consider getting a second dog.”

Though, continues Victoria, prepare yourself for just a little bit more work.

“Two dogs can make things a bit difficult sometimes — that might just be because we do not own a car which makes getting around trickier with two dogs, especially if my boyfriend isn’t with me.”

“It’s not that much more financially because we have two small dogs. I would say that vet bills are the biggest increase in our budget, but not much more than that.” 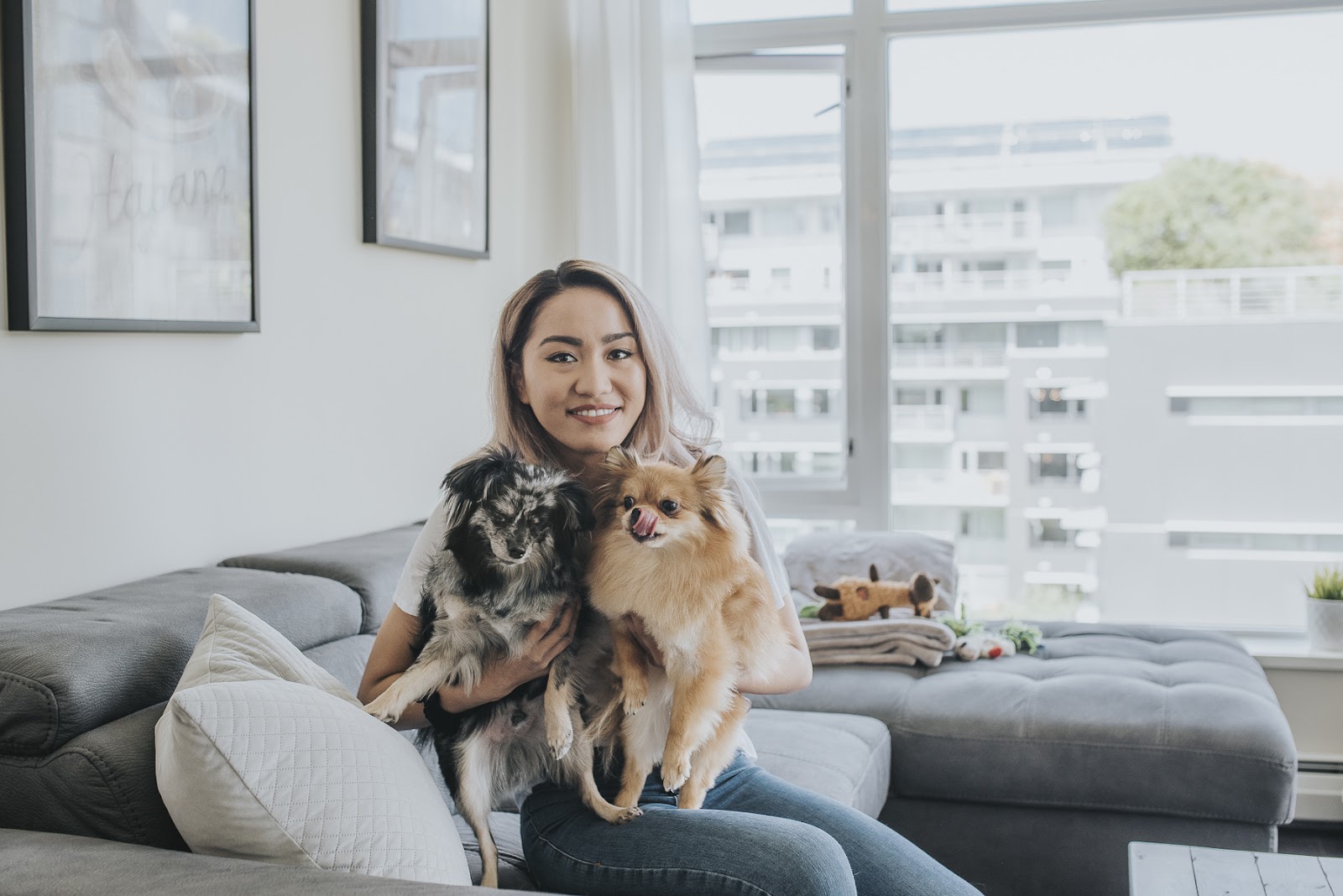 “Other than that, though, two dogs are manageable — our days haven’t changed that much since adding Ash to our family. A typical day sees us waking up at 7:00 for our morning walks and breakfast at 8:00. We go off to work while the dogs stay at home and party home for the day. When we get home from work, we’ll go to the dog park in Olympic Village and let our dogs get some exercise and socialize. After dinner, we all cuddle up on the couch and watch some Netflix before getting ready for bed. The dogs get to sleep with us in our bed every night because we like it and they like it!"

“When my boyfriend is not home, I have two dogs that snuggle up to me on either side of the bed, which is pretty great!”

And it sounds as though the benefits far outweigh the limits: Another dog means they’ll have a constant companion to calm them, but also burn off excess energy with. Plus, double the dog means double the love — and who doesn’t love that?

9 of the best rainy-day dog-friendly hikes around Vancouver